In just a few minutes 2008 will be over and 2009 will begin. I'm sitting at my computer and listening to fireworks outside and praying nothing catches on fire with the drought we have been in.
2009 should be an interesting year to say the least, what with a new president, the economy problems, wars and rumors of wars. As the sun sets on 2008 and rises on 2009 I pray for our country and its leadership, for the economy to straighten itself out without much more governmental interference, I pray that we all are able to keep our jobs and homes and put food on our tables. I pray for our troops both at home and abroad. I pray for peace in Israel. I pray for innocent lives lost in battle. I thank God for all that I have been blessed with - that includes you reading my blog.
Happy New Year! 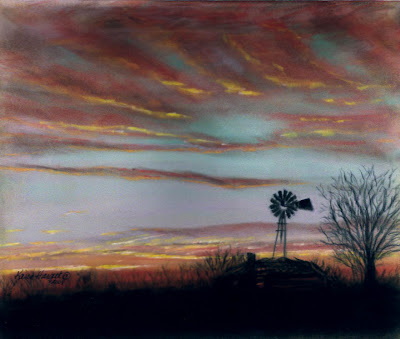 The True Meaning of Christmas

It's hard not to get caught up in the hustle and bustle of the season. Stress can mount as we attempt to buy the perfect gift, or decorate the house, or fix the perfect Christmas dinner, or host the perfect Christmas party, or try to deal with spending another holiday by yourself. In all the rush, we often forget exactly why we celebrate Christmas - so please take a few minutes to read these words from the New American Standard Bible on the true reason we celebrate.

Luke 2
Jesus' Birth in Bethlehem
1 Now in those days a decree went out from Caesar Augustus, that a census be taken of all the inhabited earth.
2 This was the first census taken while Quirinius was governor of Syria.
3 And everyone was on his way to register for the census, each to his own city.
4 Joseph also went up from Galilee, from the city of Nazareth, to Judea, to the city of David which is called Bethlehem, because he was of the house and family of David,
5 in order to register along with Mary, who was engaged to him, and was with child.
6 While they were there, the days were completed for her to give birth.
7 And she gave birth to her firstborn son; and she wrapped Him in cloths, and laid Him in a manger, because there was no room for them in the inn.
8 In the same region there were some shepherds staying out in the fields and keeping watch over their flock by night.
9 And an angel of the Lord suddenly stood before them, and the glory of the Lord shone around them; and they were terribly frightened.
10 But the angel said to them, "Do not be afraid; for behold, I bring you good news of great joy which will be for all the people;
11 for today in the city of David there has been born for you a Savior, who is Christ the Lord.
12 "This will be a sign for you: you will find a baby wrapped in cloths and lying in a manger."
13 And suddenly there appeared with the angel a multitude of the heavenly host praising God and saying,
14 "Glory to God in the highest, And on earth peace among men with whom He is pleased."
15 When the angels had gone away from them into heaven, the shepherds began saying to one another, "Let us go straight to Bethlehem then, and see this thing that has happened which the Lord has made known to us."
16 So they came in a hurry and found their way to Mary and Joseph, and the baby as He lay in the manger.
17 When they had seen this, they made known the statement which had been told them about this Child.
18 And all who heard it wondered at the things which were told them by the shepherds.
19 But Mary treasured all these things, pondering them in her heart.
20 The shepherds went back, (glorifying and praising God for all that they had heard and seen, just as had been told them.


I hope as you go about your day, whether you are spending it with family, friends, or a quite evening alone, you will ponder these words and remember we have been given the most perfect gift - Our Lord Jesus Christ.

Merry CHRISTmas everyone! God Bless!
Posted by Karen Hargett at 11:40 AM 5 comments:

Portrait of Angela in Progress

I've been working on this commission for a couple of weeks on and off and thought I'd go ahead and share it with you. Angela is the security guard where I work. She is a very hard working and talented woman. Besides working as security guard, she has her own Christian radio talk show in the afternoons and sings too. She is very involved with her church and community. I've enjoyed getting to know her.
This is a crop of the 11"x14" pastel on velour. I just scanned the middle of the portrait to post. I still have lots of bead work to do on her hat and suit - right now it is just the underpainting on that part. She saw it the other day and was thrilled with it so far. 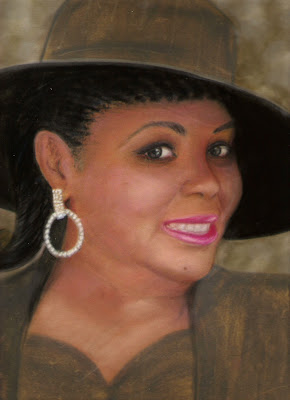 Who Me? - Different Strokes From Different Folks Challenge

I wasn't sure I'd get this done in time to participate in Karin Jurick's challenge this time for Different Strokes From Different Folks. I wasn't sure it was going to work either - putting the puppy in the composition. It was a job to get the puppy like what I imagined in my head and considering I didn't have one photo like this pose it may not be true to life. I had several different photos of dogs of all ages and a couple of breeds - nothing like making it hard on myself is there?

Oh I hate when that happens - I hit enter and it makes my post - sorry about that!


Here is my version of Karin's challenge - Who Me? I think he looks like he has been caught at his favorite pastime. 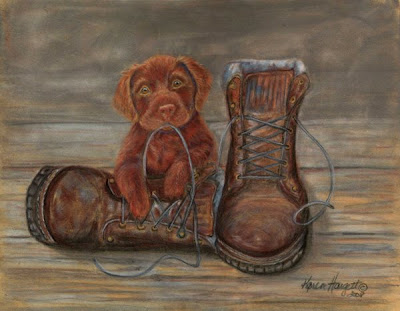