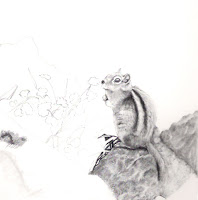 I will probably work more on this later tonight and then post my progress tomorrow.
Posted by Karen Hargett at 2:41 PM